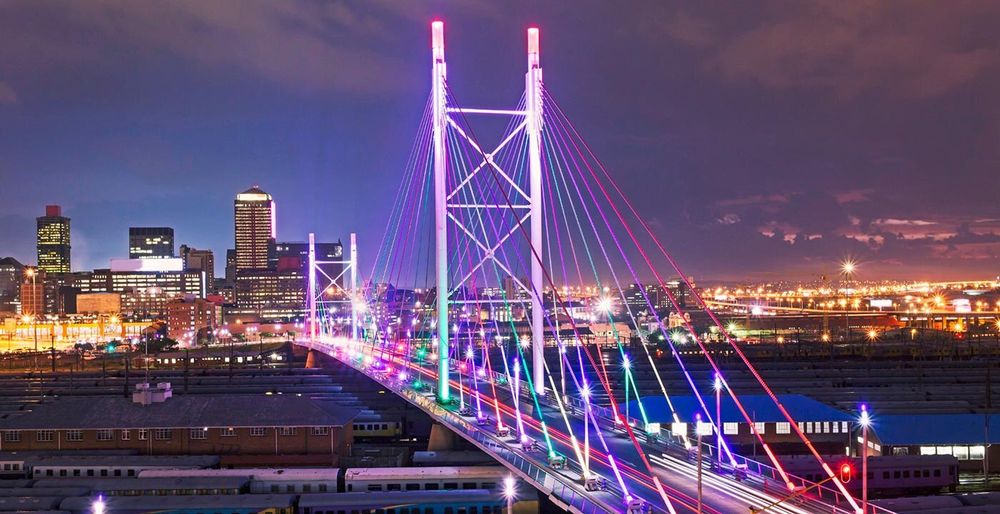 Earlier today, South Africa’s president Jacob Zuma announced the removal of Nhlanhla Nene as Minister of Finance. South Africa has been in a decline for some time, and this is the final straw for our economy.

One of the reasons I have hesitated in writing a post about South African politics and economics is due to the depth one needs to go in order to show how and why South Africa is in the state it is in. Due to this, I will do my best to touch on the important issues while keeping brief and hopefully provide enough insight into why the situation is the way is, and how it came to be in such dire straits.

For those interested, I have read a few very good books on South Africa which I highly recommend. These are BEE: Helping or Hurting, How long will South Africa survive? and Our next 10 years.

If you want a clear view on where South Africa is heading, read Atlas Shrugged.

BEE: Helping or Hurting gives an incredibly deep insight into where the ANC is directing the country. This book tackles the issues from another, more unbiased angle, through the policies the ANC is itself implementing into law. This is a long and at times difficult read but pays immense dividends. By showing the reader current gazettes and laws, they may draw their own conclusions. This text helps put those conclusions into a bigger picture.

How long will South Africa survive? is a second book by the same name by the same author. The first was written during the height of the Apartheid regime where the author questioned the longevity of the governing party. He does the same now, and gives a great insight into the origins of the ANC movement, as well as explaining the choices being made currently. The explanation does not make the laws good, but shows a different angle.

Our next 10 years is written by scenario planner working with the Institute of Race Relations. In this book, he details four outcomes for the country after providing a backdrop on the complexity of our current political environment. These are broadly: good/good, good/bad, bad/good and bad/bad. The two factors focused on are the economy and freedom. An excellent and light read.

With the above in mind, here are a few of the policies that have been and continue to negatively affect the outcome for South Africa.

The ANC is decidedly against business. This is manifested in various laws and rules governing business, included but not limited to: uncertainty around policies (specifically in industries that require a massive capital injection at high risk to the company), the challenging of property rights, threatening of “expropriation without compensation” and BEE laws benefiting the very few. The mining sector is a good example of this. For decades it was the heart of the economy, and now it is a dying (if not dead) industry. There is little hope it can be saved.

The ANC has institutionalised nepotism in the form of “cadre deployments”. These deployments involve placing those loyal to the ANC (so called “struggle veterans”) into positions of influence. These are also largely made along tribal lines, as seen by Zuma’s favour for the Zulus. This has resulted in incompetent and uninterested people in power, with the sole goal of retaining and maximising their wealth.

BEE policies are based on ideology and not on any grounding in reality and has lead to large failures in business, an increase in corruption and rent seeking, and billions of rands lost. Policies such as “employment should match the country’s demographic (not the province’s)” are illogical and result in people being forcefully appointed to positions they cannot handle. Other policies like “once empowered always empowered” are equally destructive. This states that if a company offers a BEE partner shares in their company (for free), resulting in them meeting the BEE ownership laws (currently being pushed to 49% ownership), that BEE partner can sell their shares and the company loses their BEE status and faces fines until rectified.

Corruption is endemic and transparency crashing. This is perpetuated by the above policies being pushed by the ANC and their alliances.

South Africa has had a steady decline over the past few years, the exchange rate being one of many indicators confirming this. Below are three of the latest and biggest issues to hit the news, all having a negative affect on outlook.

The president, Jacob Zuma, used R273 million of taxpayers money to build a personal homestead. This came weeks after receiving a massive donation from the UK to aid South Africa’s economy. The Public Protector, an institution tasked with investigating incidents in the public interest, investigated Nkandla spending and found the president at fault. The president was then ordered to repay a portion of the spend. The president then tasked his own task team to do an investigation which naturally found he had done nothing wrong (including ridiculous statements such as calling a swimming pool a “fire pool” which would be used to douse any fires and as such was a security expense). The president’s report was lambasted by all sectors of the public, and eventually the high court found in favour of the Public Protector and ordered Zuma to pay back the money. This, to date, has not been done. It is largely believed that he will never pay back any of the money, and recently asked for more in order to “finish security upgrades” which were done shoddily and overbudget (see: rent seeking).

Over the past year or longer, Zuma has met with the Russian government in secret to secure a deal around nuclear power. Outside of any environmental arguments, this is a massively costly deal with little upside. The treasury has been under pressure (by Zuma) to find the money to pay for this deal - well over R1 trillion rand. The scale of this deal dwarfs anything the South African government has faced, including the corruption-riddled Arm’s Deal (in which the ANC government was heavily implicated). The secrecy around the deal, and the forceful nature of its implementation, shows ulterior motives and there are surely many people standing to make millions of rands from this. It will get pushed through and put an enormous pressure on South Africa’s economy.

The most recent incident involves a state-owned enterprise, South African Airways. Like all other SOEs (SANRAL, Transnet, Telkom, Eskom, SABC) SAA is in dire straits financially and constantly needs bailouts. Billions of rands have already been sunk into trying to bring the airline into line, all to no avail. The board and its members are beyond reproach, filled with Zuma cadres, and continue to do as they please (often against court orders). Dudu Myeni the current chair, recently altered a billion rand deal (already signed and approved) and added a middle man. This is still unfolding, but is worth concern due to the secrecy and forceful hands. Anyone who goes against the acting chair gets axed, which leads onto the most shocking development of all.

Due to the above reasons, South Africa’s rating has been reduced to one notch above junk status by both Standard and Poor’s and Fitch. This has many knock on effects, not least less favourable interest rates on our loans and a divestment from South Africa by investors and companies abroad. Up until now, the biggest thing saving us from a downgrade to junk status was our Finance Minister, Nhlanhla Nene.

Nene has done a great job in tough conditions. He has been stern on enforcing good financial policies, helping to stop South Africa’s rapid decline. He has managed to do this by actively fighting against the ANC’s policies where they did not make economic sense, including using his power to prevent bad moves. His latest power move though seemed a bridge too far for the ANC government.

After the furour of the SAA, with Myeni pushing for a deal change which would cost hundreds of millions of rands, Nene pushed back and instructed Myeni to do the original deal. In South African politics, this is a rare move of strength, and dangerous for any career in politics. In turn, Jacob Zuma forced Nene out of his position to the bewilderment of onlookers everywhere. This move has lacked any explanation, but the markets have already reacted. The rand jumped from 14.50 to the dollar to peak at 15.39 in minutes.

This place South Africa in a very precarious position economically. The next logical step has been moved forward by as much as a year, that is the downgrading of South Africa to junk status. The importance of this event cannot be understated.

The immediate outcome of a downgrade to junk would be a massive divestment of funds from South Africa. This will be followed by a jump in interest rates as are now qualified to be a more risky asset. The most important however is the fact that by law fund managers are forbidden to invest in junk bonds. As a result, there will be billions of rands flowing out of the South African economy at speed, causing it to tank completely. This will in turn lead to further actions in the months to come.

The International Monetary Fund will begin recalling its debt, and stop issuing more funds to South Africa. One of two things will happen: the IMF will either try to force policy change in order for South Africa to meet its debt obligations, or South Africa will turn its back on the IMF and ignore their requests.

Either move will have disastrous consequences. If the IMF forces policy change, the ANC will lose power in key places. This will result in revolts and strikes from all sectors, political meddling in the IMFs proceedings, and massive upheaval. South Africa will not be a pretty place for 5 years or more, but will hopefully end up in a much better spot.

The second move is worse. Turning our back on the IMF will lead us right down the road of Zimbabwe and other autocratic and “anti-imperialist” African countries. South Africa will enter into a rapid decline, most likely running itself into the ground. Runaway inflation, broken infrastructure, higher taxes, business withdrawals and increased poverty all lie down this road.

South Africa has now reached a turning point. I believe everyone who can leave South Africa should, the ANC and its cronies do not care for its people. Hopefully change will come, but that is a long and winding road. A positive outcome is possible, but it will take massive political strength and will to do so, strength and will I do not believe currently exists in South African politics.

I love South Africa. The people, cultures and country are all beautiful. Watching its destruction in the name of self service is incredibly disheartening. If there was such a thing as “economic asylum”, I would apply today. 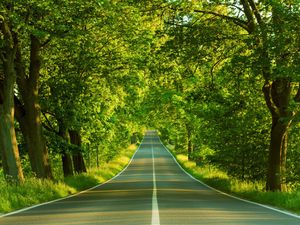 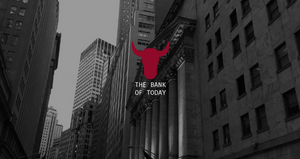