After building Rules Engine for seven months full time, I've now shut it down. This post will go through the journey, the various factors in the process and detail lessons learned.

I started working on Rules Engine full time in March as part of HFO. This was a big decision for me: I had just started a new job and I would have to move my wedding (for the fourth time, previous moves due to COVID). I'd be away for three months with people I didn't know, betting on an incubator that was brand new.

I ended up taking the bet and was glad I did. March marked the first month I worked full time on Rules Engine. I worked on the product, spoke to customers and went head first into fundraising within the three months I was at the incubator. You can read more detail on my experience at HF0 in this post.

It's (Almost) All Timing

The product I was building wasn't the first of its kind in the category, but had a number of distinguising features that made it compelling. I had decent interest from a few investors and made some great connections on an individual level.

Side note on VCs: I have lost respect for the vast majority of VCs. Well over 95% are trend followers and simple pattern matchers. While most say they back by conviction, they'll sit until a name brand VC comes in or they'll invest in pixel pictures of cats. Having said that, the other 5% are worth their weight in gold and absolutely incredible operators.

The second timing factor was due to fintech being at the end of the hype cycle. If I had tried the same product one year previously it would've been a lot easier to raise. This is kind of understandable, but hype does not affect fundamentals. It might have impact on potential upside, but this is a very nuanced discussion.

As I entered the third week of fundraising, the markets took a tumble. And not a small one - a huge one. Funding started being pulled at the growth stages (A onwards) so I thought there might be enough time before this hit the seed series investors. This took shorter than I expected, and in the end I didn't raise any real funding.

The question then became if could I get enough paying customers to ride out the down trend, work on the product, become the platform people went to and be in the ideal position for when the market did recover.

While we had decent feedback on the product, there was a fair amount to focus on: bugs and features, marketing, fund raising. This ended up with me working on what I thought was important - fundraising 70%, getting customers on the platform 25%, bug fixes 5%. Was this split the right one? I won't know, but the thinking was if I got funding, I'd have enough time to fix whatever needed fixing. Focus on marketing to get the funnel in to help with funding, and fix the deal breaker bugs to stop customers churning.

As a solo founder, this was incredibly hard. I wouldn't recommend it.

I had one very interested investor who verbally gave the agreement, and then decided there were other factors they wanted to consider and eventually backed out. This was the final option I had, as I had run out of time. I started looking for full time work and winding down the company.

All the investors were really understanding which helped. They saw me grind and do whatever I could to keep the company going. It didn't work out, but it still stung - a lot.

I love building things, so that won't stop. Right now, I am going all-in on full time employment where all my focus will be placed. I'll build to learn, but not focus on doing a start up while I'm there. This is mainly due to life stage, but I also need a break away from this grind for a while. 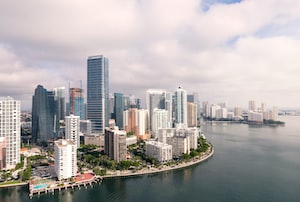