From last week Wednesday, 10 November 2021 until Saturday, 13 November 2021 I was in Arlington, Virginia for my first Emergent Ventures Unconference.

Emergent Ventures offers fellowships and grants to ambitious ideas across a broad range of topics. In their own words:

Emergent Ventures, a fellowship and grant program from the Mercatus Center, seeks to support entrepreneurs and brilliant minds with highly scalable, “zero to one” ideas for meaningfully improving society.

This is run by Tyler Cowen, a well-known economist and great thinker (highly recommend his podcast Conversations with Tyler).

As the pandemic started to ease, restrictions started lifting and the Emergent Ventures team decided to host their second Unconference. The first was held around two years ago with about 40 attendees, this year there were over 120. As the grantees were based all around the world, a travel stipend was given to help bring everyone together.

Standing in the way of attendance was travel restrictions. When the invite came out there was no way I could attend - there was an explicit ban on travel from the UK and Schengen area. The only work around would be to stay two weeks in some other place, like Canada or Mexico, and then go to the conference. This wasn't plausible for a number of reasons, so I just waited and hoped. Evidently this worked as the US lifted restrictions on November 8, two days before I was due to travel.

So what exactly is an Unconference? For anyone aware of Tyler you would expect something at least slightly left field. The format for this conference ended up being very, very cool: there were around a dozen or so spaces where talks could be held, and there were four slots to host talks on the Friday, and one on the Saturday. Attendees would write on a post-it their subject for discussion, and then other attendees would pick the one that sounded interested to them. They walk to the area and if they liked it, they stayed and if not they could hover between a few different discussions.

The result of this was an eclectic mix of topics, and many different people contributing to a given topic from a variety of angles. It's a great way to be intellectually challenged and to meet everyone else there.

Before we got into the actual conference, there were a few meet and greets.

For the attendees who got to the conference early as I did, there was a small group who had dinner on the Wednesday night. We got to meet some of the other attendees over some good food at the hotel, one of these was an energetic guy named Nilay who would quickly become one of my favourite people at the conference.

A note on the type of people I would come to meet at the conference: Nilay is a 20 year old entrepreneur from India. He is currently building a secondaries market application for private company share trading. For the Emergent Ventures grant, he wrote a track and trace app that used Google and Facebook data to map a persons journey which would be shown to doctors if they were infected so they could map the spread of COVID, all while protecting privacy. This would be adopted by his state and mandated for use by all 120 million citizens within it.

Because fitness is key, I started a running group and had the first run on the Thursday morning. There ended up being a really nice trail close to the hotel so I went running with another UK based grantee, Witold. His work was around Bayesian statistics, and he did a lot of data modelling for the COVID pandemic. Afterwards we went to a pizza restaurant and met with Tyler and a few of the other grantees. First restaurant recommendation: Pupatella for amazing pizza and meatballs.

On Thursday afternoon we had a meet and greet, and with there being so many people you had to bounce between conversations. I found every person to be really friendly and open which was such a great vibe - it is increasingly rare to be welcomed into an ongoing conversation and have genuine shared interest in what the other person is up to.

After a few hours of socialising we headed to the restaurant for the evening. The restaurant of choice was Victor's Grill Churrasqueria which was fully up my street: grilled meat, and lots of it. Again, lots of really interesting conversations were had with interesting people who were involved with microbiology, journalism, physics, and technology. We ended up rolling out of there - the food just kept on coming. I love a braai and this was like three braais worth of food per person.

Friday started with a gym session, running was out due to rain. (Side note: maintaining an exercise regime while jetlagged is no joke, but still believe it's for the best even if it feels worse in the short term).

This entire day was dedicated to the format discussed earlier. The four tracks were as follows:

I wasn't sure what "Production Function" was until it was explained as follows: what do you do to make sure you get as much done as you can? I remember being asked by Tyler "what do you do that is the pianist's equivalent of practising scales?". This got me thinking, a lot, and I've since incorporated explicit learning into every day of work. More detail here.

I ended up putting three topics forward. These talks went really well. I hosted them, so there was a scene setting and getting different points of view on the topics.

Pitch: My goal is to increase the speed at which fintech companies can be built, by building services and infrastructure to take as much pain away as possible. This is done through building banking infrastructure sold to banks and fintechs, as well as non financial service providers. Offering technology, banking as a service and embedded finance. Also done through services which allow easily created rules for trading against various assets.

We went deep into fintech for banking - how complex it actually is, the issues I have faced before and how my approach has been adapted since. A fair amount of time was spent in an energetic exchange with a guy from Mexico, Alex, who is looking to start a bank there with his brother.

As programmers, we generally learn through targeted effort - there is a specific problem that needs solving, so we solve that problem and move on. The issue is what we don't know, normally there is no time or thought dedicated to researching good programming generally, or different architectures, or ways of testing, etc. I now set aside time every day to read programming books, and to implement some of the items. This is my "practising scales".

This discussion had one of the Mercatus staff members joining. It's always such a pleasure speaking to someone who has thought about certain topics deeply, you just want to listen for days, ask some questions, and be swallowed up by the depth of thinking and clarity that these people offer. Ben was exactly this, so much so I exclaimed "dude, I want to just talk to you for a WEEK".

As it turns out I enjoy building APIs mainly aimed at developers. The sales channel is normally developer-first, then to businesses directly. I rarely build consumer facing products. Selling to developers and businesses involves a bunch of challenges which the group then spoke about. How to get your first 100 customers, who to sell to in organisations, stories of others and how they managed to do this successfully.

This final discussion moved more broadly into the fintech SaaS market. This is obviously super hot right now, and will be for some time, and it is also the area I have the most interest in currently. There was an attendee Byrne who has really detailed insight into this and provided some great insight.

Self Replication On The Moon

For the Choose Your Own Adventure I decided to go to a talk entitled "Self replication on the moon". Why wouldn't anyone go to this talk. I had also met the guy leading it, a young Belgian named Justin Glibert who was very energetic and had some great insights into physics and philosophy. The talk itself was great and really broad, with input from economists, journalists, philosphers and biologists.

Throughout the day between events and through the evening I met more people I could list here, but here is a tiny cross section: an Indian girl looking to gain a better understanding of age-related disease prevention, a Canadian girl studying neuroscience to better understand information retrieval in adolescants, a 17 year old (!) Indian guy looking to improve the odds of successful cancer surgery, and a woman working on improving the housing laws in the US.

I cannot overstate how great it was to be surrounded by a bunch of nice people, passionate and talented, and eager to share and grow.

We then went to another restaurant, Mama Chang, for an incredible Chinese dinner. Of course, we all ate far too much.

On the last day, we went to the Steven F. Udvar-Hazy Center Air and Space Museum. I had been here years before when I lived in Arlington for six months, and it was awesome to be back. This visit I spent the vast majority of my time in the space section, looking at each exhibit in detail. The rest of the museum was also great - it's amazing to see the progress of technology, as well as the scale of these machines. Two firm favourites were the Space Shuttle, as well as the Lockheed SR-71 Blackbird.

During the trip I ended up meeting a local city councilman in Chesterton, as well as someone studying Safety in AI. Two wholly different but equally interesting discussions.

The final session was another Choose Your Own Adventure and I went to the one titled Fixing Education. I have an interest in this as I think it's the best way to fix a country (thinking of South Africa), but am also interested in the format and function of the current educational system.

The leader of the discussion has a school he operates and has first hand experience from what works and what doesn't. We also had an attendee who worked at Khan Academy and is deeply knowledgable on the education situation in the US. We went deep in this discussion, and it was super nuanced - we've brought the bottom percentage higher, but the top percentage hasn't grown, is this success or failure? And then openly exploring the answers to questions like these from all sides.

And with that, the conference was over. It was a dry conference - no alcohol at all during the three days - so a few people went for a beer and carried on some of the discussions. I then went to New York City (loved it) to hang out with my brother-in-law, before flying back to London on Monday evening.

A whirlwind trip but absolutely amazing. There are some potential projects to come out of connections made, introductions to people who can hopefully give me more insight into the fintech/banking scene in the US and hopefully more visits that side! I'm really looking forward to next year's conference. 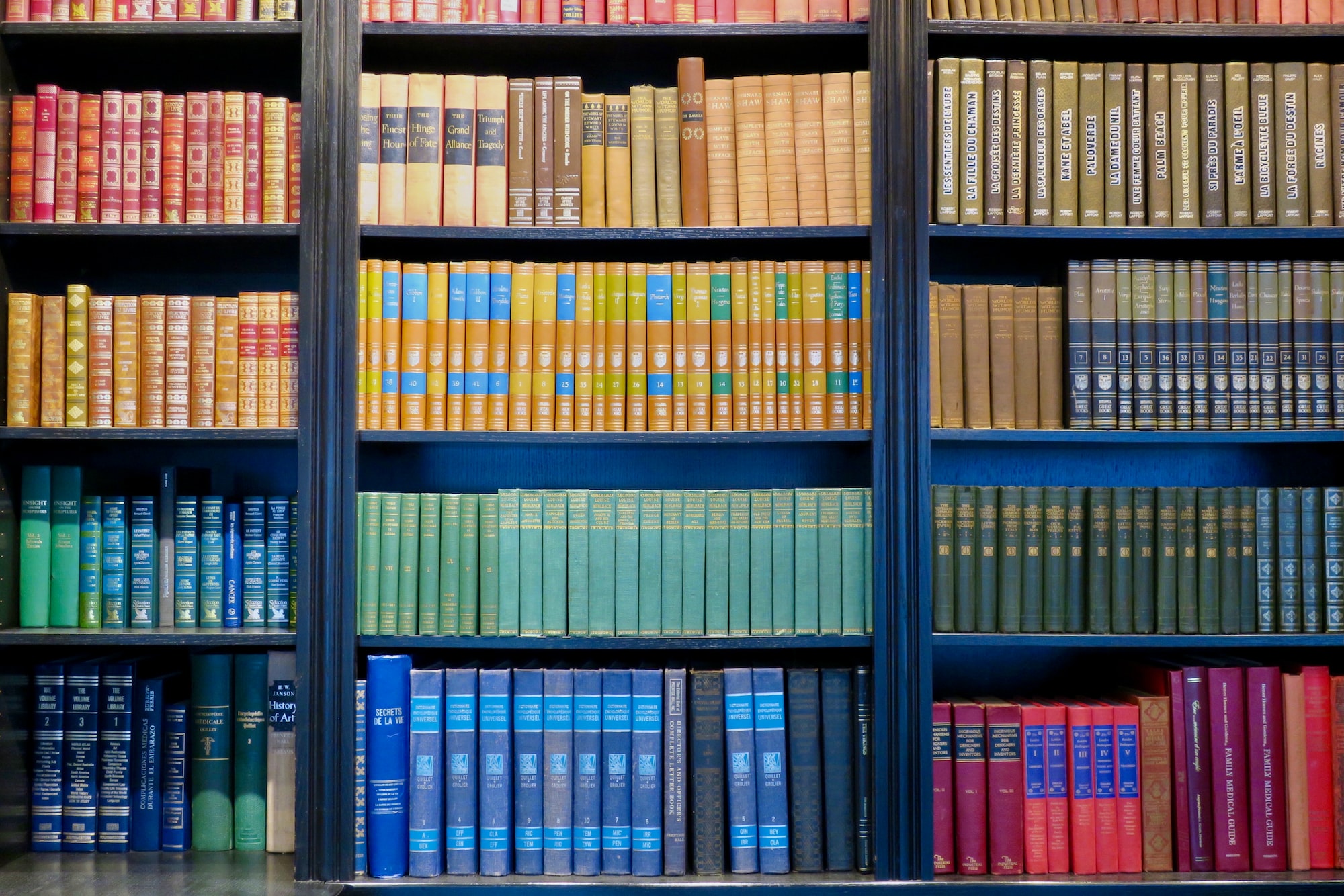